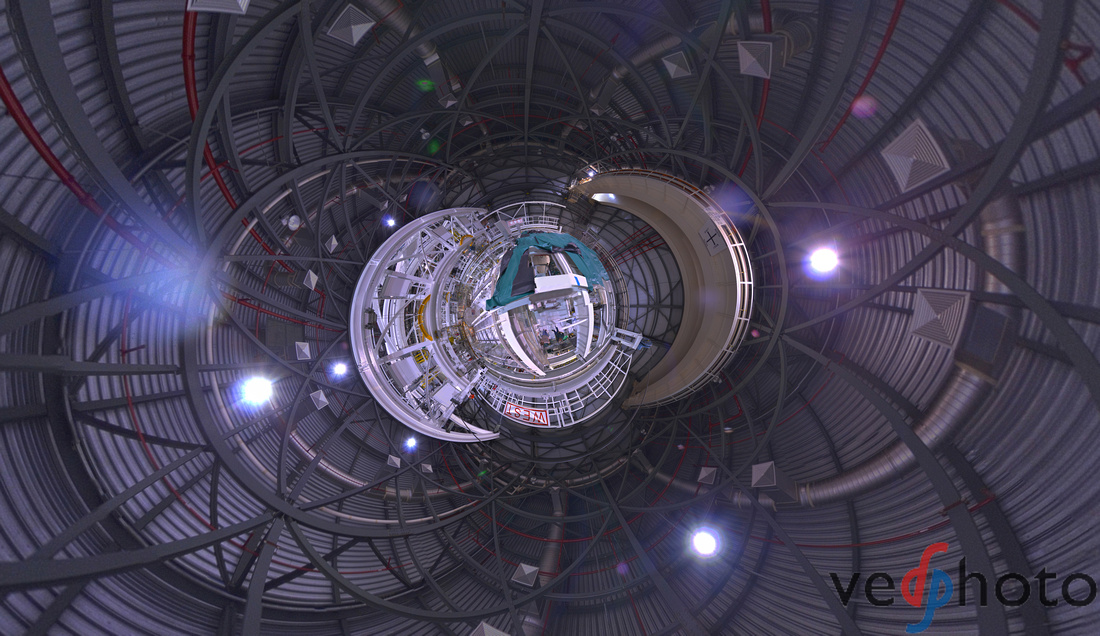 It was within the Orbiter Processing Facility that painstaking effort was put into checking each part of the shuttle’s systems, ensuring that the space craft was ready to safely fly again. On average, three months of exhaustive inspection would go into each shuttle, during which time worn and defective parts would be replaced. The recently retired space shuttle Discovery completed 39 successful missions, attesting to the excellence achieved in this hangar.

This image was captured from above the facility floor, using a composite of over 5000 photographs shot in every direction.

To see more about the making of this photo, click here.