The second installation of Physics In Vogue, Space Vikings, is complete! Check out the results and see videos of the process in the Space Vikings Gallery.

NASA Ames Research Center leads the charge in small satellite innovation and development while evoking the Viking spirit of exploration and adventure. NASA Ames Center Director Dr. Simon P. Worden poses alongside the Vikings of Bjornstad for this photograph to personify that spirit and highlight NASA leadership in the modern space age. The next generation of small satellites, known as CubeSats, float above and herald a new era in space exploration and science. These CubeSats can be launched into Low Earth Orbit at a fraction of the cost of traditional systems, allowing more frequent, and more accessible scientific missions. My PhD research project, HiMARC, is based on this platform.

This project is supported by the 2011 Stanford University Angel Grant and SiCA Spark! Grant.

No other funding was received for this science outreach exhibition. 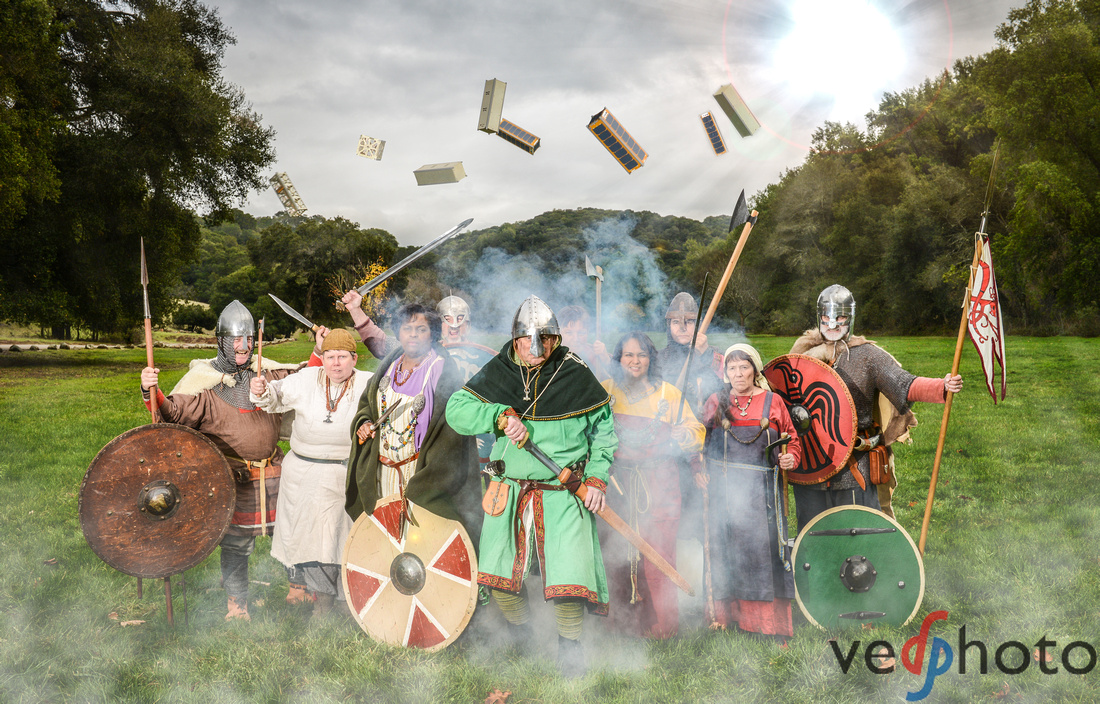 The making of Space Vikings