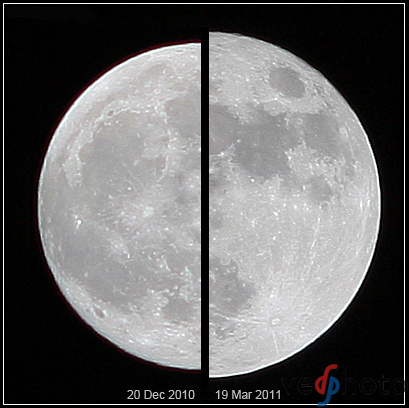 A comparison of last year's March supermoon (right) with an average moon from December 2010. Photo by Wikimedia Commons user Marcoaliaslama

But the Supermoon of May 6th was even brighter than most: this year the timing for reaching full moon and full perigee were highly aligned—only off by a single minute (often the two are off by a full hour). The schedules seemed almost perfectly coordinated, making this Supermoon among the brighter and larger moons of the entire 18-year Saros cycle.

Unlike most astrophotography subjects that demand remote shooting locations with minimal light pollution, Ashish and I were able to photograph the moon from a park in the middle of Palo Alto. Using HiMARC's atmospheric lensing processing pipeline, an 8'' Schmidt-Cassegrain telescope, and a high frame-rate camera we collected over 3 Terabytes of data that were later processed to create a series of large composite images for a full panorama. See the HiMARC page for resolution details and more on atmospheric lensing. 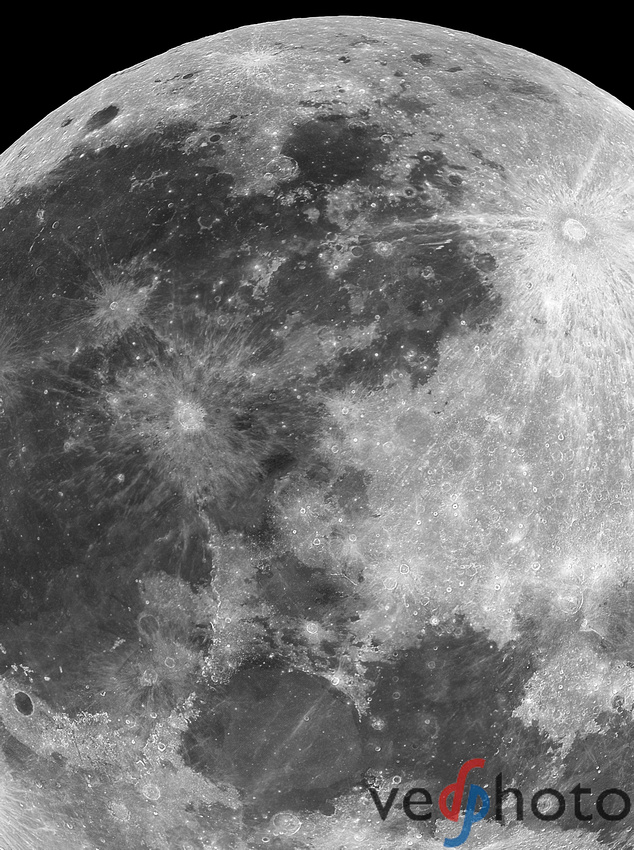