In 2003, I had read in a Scientific American article that scientists had detected extra-solar planets, light-years beyond our solar system. I thought I could do the same, but with amateur equipment. I pitched the idea to a USC physics professor, Dr. Hans Bozler, who became my advisor, and the telescope firm Meade, which awarded me a 10” telescope. I spent 120 nights over a two-year period atop Mt. Pinos, near Los Angeles testing my hypothesis– that I could detect an extra-solar planetary transit by catching a tiny light fluctuation as the planet passed in front of its star. In the end, I successfully detected a planet 150 light years away. Below is a research poster of my work that I presented at Intel ISEF, AAS and AAAS science conferences. I was awarded the MIT Lincoln Laboratory Distinguished Scientist Award (they named an asteroid after me which I hope never hits Earth) and the Richard D. Lines Award in Astronomy for this research. 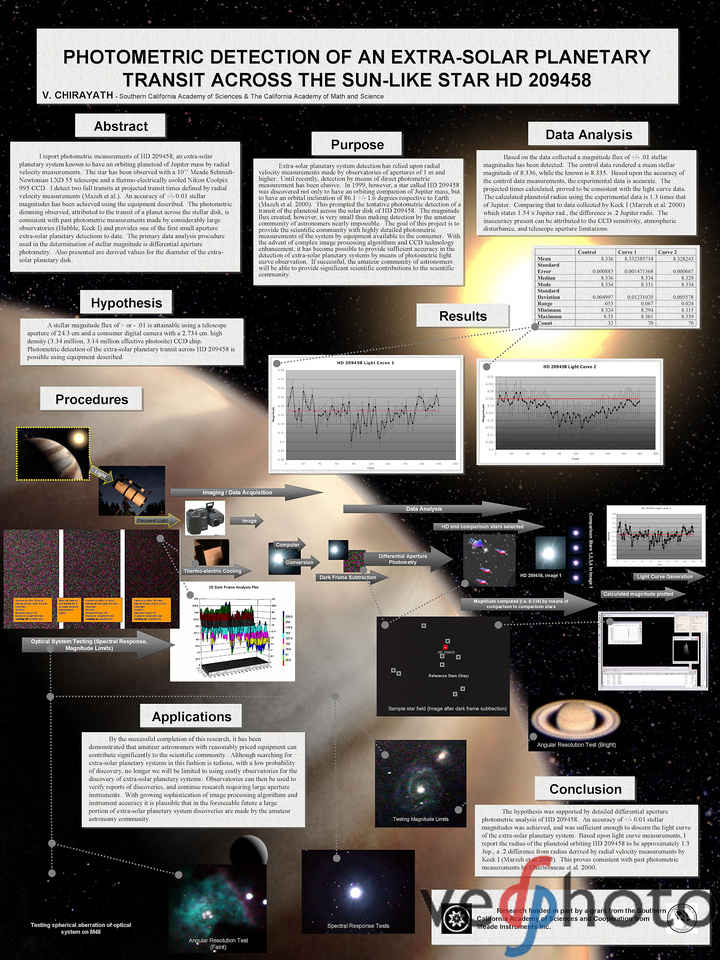