On March 31 2011, I demonstrated the first controlled flight of a UAV using plasma actuators - novel, lightweight, efficient flow control devices blended onto the surface of the wing. Currently, I am testing the actuators on an autonomous drone to learn how they compare to traditional control servos and mechanical actuators.

This project focuses on improving the efficiency of control surfaces on aircraft while reducing their total weight. In June 2010, I was awarded two grants to start investigating the application of alternative, plasma based flow control devices to aircraft control. On March 31 2011, I demonstrated the first controlled flight in history of a UAV using plasma actuators - novel, lightweight, efficient flow control devices blended onto the surface of the wing. Manipulating airflows over aerodynamic surfaces with low temperature plasmas, textured surfaces and compressed air jets has been an area of intense aeronautical research in recent years. Single dielectric barrier discharge (SDBD) plasma actuators, in particular, have been demonstrated as effective separation control devices (2007, Corke et al.) effectively providing self contained solutions to bluff body wake control, lift enhancement and turbulent transition problems. Prior to my research, their application and implementation to a real world aircraft or UAV had never been proven.

This research is funded in part by the 2010, 2011 NASA California Space Grant, a Stanford Physics Department Grant, Stanford University small grants #4790 & #5151 and the KASCT UAV Fellowship.

Below, you can view a poster that was presented 26 April 2011 at the AIAA Affiliates’ meeting at Stanford’s Department of Aeronautics & Astronautics. 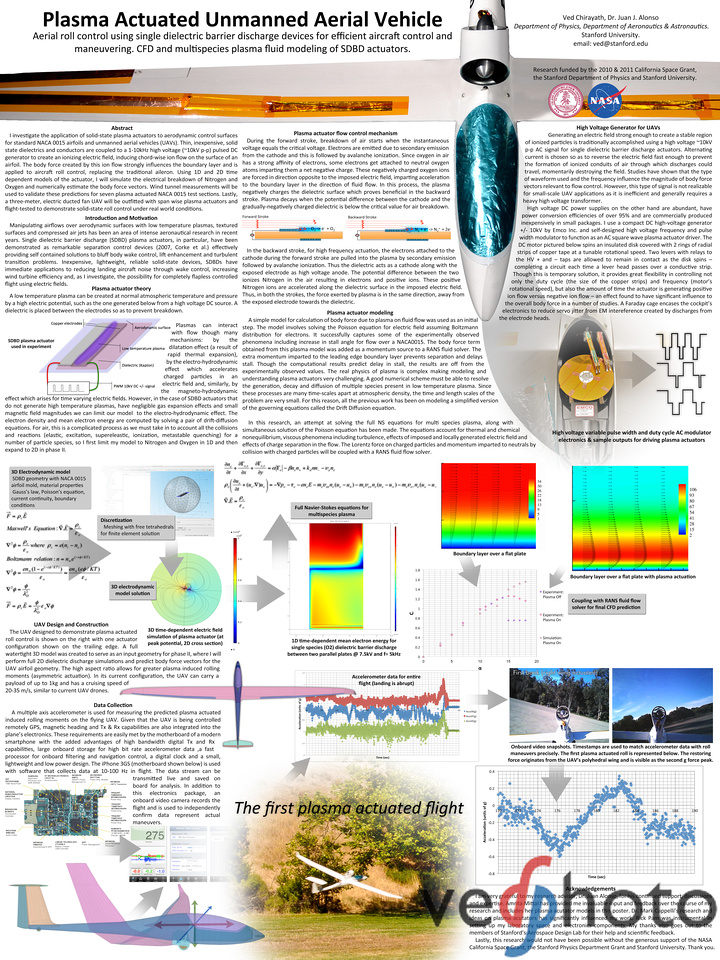 Currently, I am exploring the possibility of using the Plasma UAV for aerial photography (example below from Lake Lagunita at Stanford). Check out the blog for flight testing updates and aerial imagery. Ultimately, I plan on using the UAV as a platform to provide unique high-resolution imagery of National Parks in the United States for an upcoming exhibition. 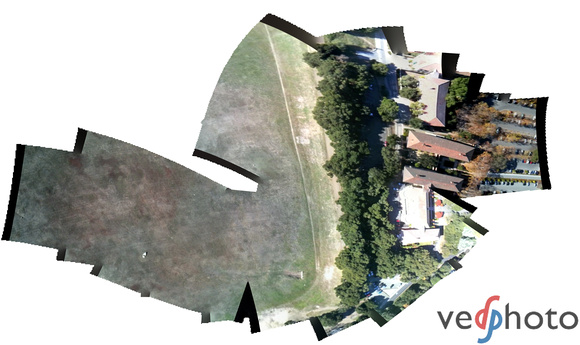