This project was part of a low temperature physics laboratory at Stanford and inspired one of the pieces in Physics In Vogue. We explored the superfluid transition of a 4He fluid by direct measurement of the average fluid viscosity about the transition temperature. The viscosity is measured by calculating the dampening force imparted to a high Q quartz tuning fork harmonic oscillator. The tuning fork is driven by the piezoelectric effect, has a resonant frequency of 32,728 Hz and serves as an underdamped harmonic oscillator in a fluid bath for which we experimentally evaluated its Q factor. Based on the Butterworth-Van Dyke equivalent circuit, we modeled the electrical characteristics of the tuning as a LRC circuit with an additional parallel capacitance. Measuring the LRC component values, we determined the viscous damping coefficient. Varying the temperature of the Helium fluid bath we also measured the fraction of superfluid 4He to 4He as a function of temperature based on the change in the average viscosity. 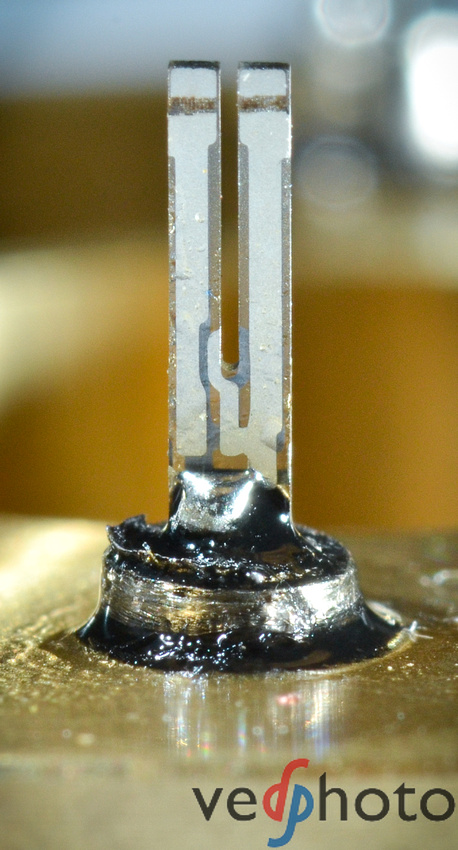 Our pride and joy: