29 photos
Humboldt State Park, California
The California Coastal Redwood (Sequoia sempervirens) is the tallest living thing on Earth reaching record heights of 379 ft. Paleobotanists think their extreme height was an evolutionary adaptation to avoid foraging dinosaurs that decimated other plant populations and to remain king in the ongoing struggle for sunlight in the some of the world's largest forests. This collection contains gigapixel panoramas, stitched together from thousands of images, and other photographs from a three-day astrophotography trip to Humboldt State Park, 20 August 2012.
© vedphoto 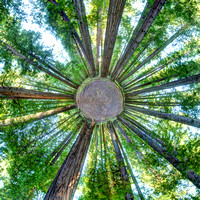 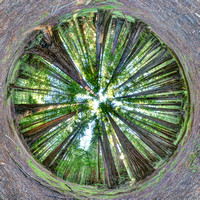 Battle for the sky

Beneath the Redwood Canopy 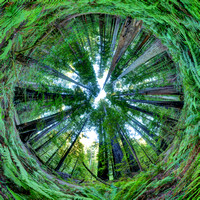